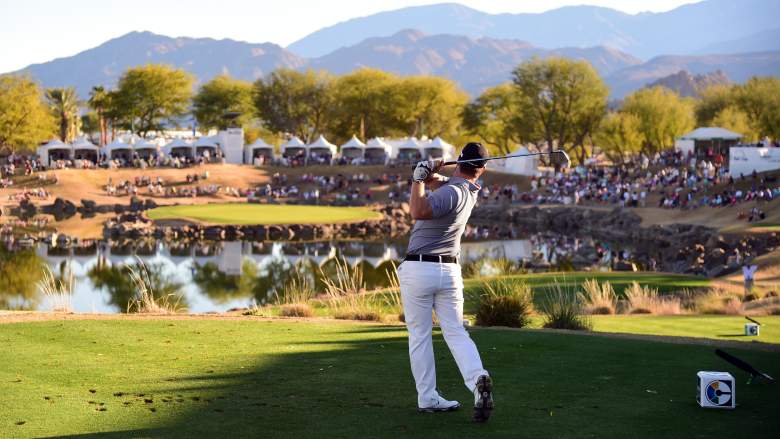 Nicol Construction welcomes The CarrerBuilder Golf Tournament which will be held from January 16-22, 2017 in La Quinta, Ca.

Founded in 1960,  what many believe was one of the most important years in the history of the game of golf. It was also a coincidence that the tournament’s first winner was Arnold Palmer who, a few months later, would put golf on the front page of America’s sports pages, earning forever the title “King”.

Arnie didn’t just win the first Classic – he dominated the field. His total of 338 (22 under par) set a tournament record that would not be broken for nearly 20 years. It was also the first of his eight victories in the 1960 season – Arnie’s best-ever year as a professional.

A Little about the Tournament

Pro-Am play for first 54 holes. Each of the 156 PGA TOUR pros plays with a different amateur partner each day on different courses for three days. On Sunday, the low 70 professionals and ties play the final round of the 72-hole PGA TOUR tournament at The Stadium Course at PGA WEST.

Since its inception, Desert Classic Charities, the charitable entity that organizes the CareerBuilder Challenge, has contributed more than $57 million to the Eisenhower Medical Center and surrounding Coachella Valley nonprofit organizations. Its scope of giving is broad and includes structured and mentoring programs for children, social services, and food and safe shelter for the less fortunate. Desert Classic Charities is dedicated to continuing its mission to serve human needs in the Coachella Valley and beyond by generating funds and opportunities through the CareerBuilder Challenge.